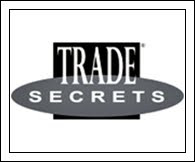 In a news report of Hindustan Times, this viewpoint has been reiterated. According to the report, cyber criminals are now targeting the trade secrets of well-known global organizations including those in India as they see greater value in selling a corporation's proprietary information to competitors and foreign governments.

More than 1,000 senior IT decision makers in India, US, UK, Japan, China, Brazil and the Middle East were recently surveyed in this regard. Out of the 100 representatives from different organisations surveyed from India, 29% said they had suffered a security breach and this number has increased from 19% in 2008.

32% of the Indian respondents said they only occasionally take steps to remediate and protect systems for the future after a breach or attempted breach. 11% of them said their organisations accrued a loss between USD 0-500,000 while 27% indicated a loss between USD 500,000-1,000,000 due to loss of sensitive information or intellectual property.

Even Indian banks are poor at cyber security. RBI has recently directed that all banks would have to create a position of chief information officers (CIOs) as well as steering committees on information security at the board level at the earliest. However, banks of India have shown no willingness to incorporate cyber security into their day to day functions. Till now the directions of RBI to appoint CIOs and steering committee has not been followed by banks of India.

Companies and banks of India must ensure robust cyber security so that their intellectual property rights in India in general and trade secrets in particular can be suitably protected.
Posted by PTLB KPO at 4:34 AM