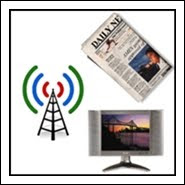 Entertainment and media industry disputes are in abundance these days. Popular movies makers are strongly guarding their copyright, neighbouring rights, trademark, etc in India. The popular movie Sholay is a classic example of the same where the name of the movie, songs and even characters have acquired distinctiveness and are protected in India.

Further, digital media and contents are frequently pirated in India. Cases pertaining to these digital contents of entertainment industry are also rising in India. This has posed many novel technical and legal challenges before the entertainment and media industry of India.

A very strange trend in the Asian countries, especially India, regarding entertainment, media and film industry related disputes is that they are essentially resolved through traditional litigation methods. There is hardly any use of alternative dispute resolution (ADR) or online dispute resolution (ODR) methods to resolve such disputes.

Even more bizarre is the fact that such disputes are seldom taken to International level to be decided by international organisations like World Intellectual Property Organisation (WIPO). Although WIPO has a dedicated mechanism to resolve entertainment and film industry related disputes yet Asian countries are mostly “respondents” there.

This shows that Asian countries are not utilising international platforms of organisations like WIPO for getting their disputes resolved. This is a trend that needs to be changed as use of ADR and ODR is certainly “more beneficial” for entertainment, media and film Industry.

However, despite all assurances, entertainment, media and film industry would not be encouraged to approach international platforms in the absence of national level participations. Perry4Law Techno Legal Base (PTLB) has opened a techno legal ODR platform where ADR and ODR is used for resolving all sorts of commercial and civil disputes that can be resolved using ADR and ODR.